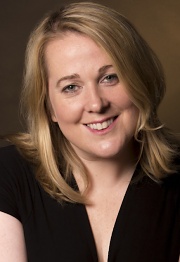 Clare is currently most recently starred opposite Domhnall Gleeson and Aoife Duffin in Enda Walsh’s new play MEDICINE which played the Edinburgh and Galway Arts Festivals to four and five star reviews for Landmark Productions, the show also transferred to St Ann’s Warehouse, in New York.

On screen Clare most recently appeared as Mary opposite Christopher Walken in Wild Mountain Thyme (Lionsgate) and she appeared as the recurring character Bronagh in RTÉ’s Fair City across 2020 and 2021. Clare recently appeared in the hugely successful Livin Dred’s production of Trad – for which she received an Irish Times Theatre Award nomination for her performance as well as for her performance in Much Ado About Nothing for Rough Magic in the same year.

Other stage appearances include the Abbey Theatre, Dublin’s highly successful production of The Unmanageable Sisters as well as Angela’s Ashes based on the novel by Frank McCourt at the Bord Gais theatre and the Grand Opera House in Belfast. She has worked with a variety of theatre companies performing in Ireland and internationally including Druid Theatre, The Abbey Theatre, Rough Magic, HotForTheatre, Verdant Productions, Deeramber Productions, Barabbas, Lane Productions, The Performance Corporation, Tall Tales, The Corn Exchange, Pan-Pan, PBM, The Theatre Project, Monkeyshine, The Ark and TEAM.