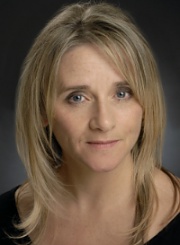 Mairead recently returned from being on tour with The String Quartet’s Guide To Sex And Anxiety.

Mairead trained at RADA, where she won the Pauline Siddle Award. Her work in theatre includes Translations, Cyrano de Bergerac and Fair Ladies at a Game of Poem Cards at the National Theatre; Roberto Zucco, Shadows of the Glen, Riders to the Sea and Purgatory for the Royal Shakespeare Company; Ten Rounds and Further than the Furthest Thing (also tour) at the Tricycle Theatre; Lady Macbeth in Macbeth and Don Juan at the West Yorkshire Playhouse; The Cherry Orchard for Oxford Stage Company; The Decameron at London’s Gate; The Terrible Voice of Satan at the Royal Court;The Playboy of the Western World for the Royal Exchange; The Wind in the Willows and The Servant of Two Masters at Sheffield Crucible; The Party’s Over at Theatre Royal Northampton; Dancing at Lughnasa at the Lyric Belfast; The Playboy of the Western World at the Ambassadors Dublin; Orestes and The Clearing (TMA Award, Best Actress in a Supporting Role) for Shared Experience, The Winters Tale for Corcadorca, The New Electric Ballroom for RADA and St Petersburg for the Bush Theatre.