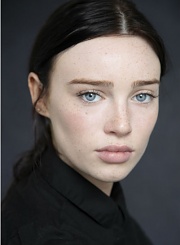 Listed by the Irish Examiner listed her as an ‘Actor to Watch’; Niamh recently finished shooting on season two of The Witcher for NETFLIX, and also feature film The Magic Flute in which she played the leading female role ‘Sophie’ opposite Iwan Rheon & F. Murray Abraham.
She also starred in the short films Stir and Woof! in 2020 and Ring Saigo’s most recent music video.

From a very early age Niamh performed in musical productions and attended drama and dance classes. She is skilled in both ballet and hip-hop dancing and is a very capable singer.

Niamh is a graduate Bow Street Academy in Ireland.