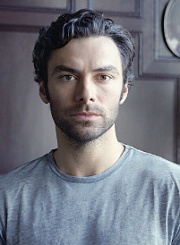 Aidan most recently completed filming the Sony series Leonardo, as the titular Leonardo da Vinci, which will air on Amazon UK in April.

Aidan Turner was born in Dublin, Ireland in 1983. After graduating from the Gaiety School of Acting in 2004, Aidan appeared in a number of stage productions, many with Ireland’s national theatre, The Abbey. Such productions included The Plough & The Stars, Romeo & Juliet and A Cry from Heaven. In 2008, Turner made the transition to movies and television with a lead role in the film Alarm and a co-starring role in the popular Irish TV drama The Clinic. In 2009, Turner moved to the UK to take on a starring role in BBC’s acclaimed Being Human. Aidan played the spellbinding “Mitchell” for 3 seasons during which time he also starred in BBC’s Desperate Romantics and BBC’s top rated TV movie Hattie. In 2011, director Peter Jackson cast Turner in the role of Kili in JRR Tolkien’s The Hobbit. The highly successful movie trilogy filmed for approximately two years in New Zealand during which time Aidan also starred in Cassandra Clare’s The Mortal Instruments.

In 2014 Turner was cast as Poldark in the BBC remake. Aidan was the only actor considered for this charismatic hero. Poldark premiered to excellent ratings in the UK in March 2015 and also in the USA in June 2015. The BBC programme also aired across Europe and Australia and recently came to an end at its fifth series.

In 2015 Aidan took on a small role in The Secret Scripture so he could work with one of his favourite directors, Jim Sheridan. He also voiced a role in the first painted animation movie, Loving Vincent, co-starred in the dark comedy Look Away and starred in the BBC mini-series And Then There Were None.

In 2018 Aidan starred opposite Sam Elliot in the independent film The Man Who Killed Hitler and Then the Bigfoot, written and directed by Robert D. Krzykowski. In 2019, he appeared alongside Chloe Sevigny and Matthew Broderick in Love is Blind. He was last seen on stage in The West End, in “The Lieutenant of Inishmore”, for which he won ‘Best West End Debut’.