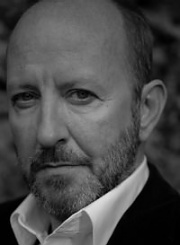 Frank can next be seen in the feature film True Things About Me, directed by Harry Wootliff. He appeared as Jack Corey in My Mother And Other Strangers for BBC and as Doctor Christopher Banning in TV series Penny Dreadful, produced by Sam Mendes and created by John Logan for Showtime. Other roles include Risley, playing opposite Jonathan Rhys Meyers for 13 episodes in the multi award-winning series The Tudors for Showtime, Charles Stokes in Titantic: Blood & Steel, a 12 × 1 hour television series televised worldwide in 2012, and the title role of Major John McBride in Abu Media’s award winning follow-up to 1916: Seachtar Na Casca – 1916: Seachtar Dearmadta (TG4).

Other film and television appearances include The Ambassador, The Mammy, David Copperfield, Padraig Pearse in Rebel Heart directed by John Strickland, The Affair Of The Necklace, As The Beast Sleeps, Proof, John Erman’s The Blackwater Lightship, Murder Prevention, Bad Girls, Hunger, Bitter Sweet and the role of Garret Brink in the first series of Allen Cubitt’s psychological thriller The Fall for BBC 2.

Abbey National Theatre credits include The Wake, The Picture of Dorian Gray, The Last Days Of A Reluctant Tyrant, Julius Caesar, Defender of The Faith (for which he received the Irish Times/ESB Theatre Award for Best Supporting Actor 2004), The Wild Duck, The Sanctuary Lamp, Translations, The House, The Tempest, The Importance of Being Earnest, She Stoops To Folly, As The Beast Sleeps, Observe The Sons Of Ulster Marching Towards The Somme, The Playboy Of The Western World (Helen Hayes Award, Washington DC) and The Glass Menagerie.