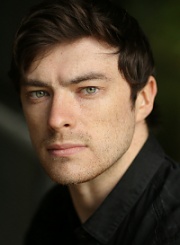 Gavin was last seen on stage opposite Ruth Negga in the New York remount of The Gate’s production of Hamlet at St. Ann’s Warehouse.

Gavin recently appeared in the film Sweetness in the Belly alongside Dakota Fanning.

Originally from Dublin, Gavin’s most recent theatre credits include: Blood Wedding (Young Vic), Tribes by Nina Raine at the Gate Theatre as part of the Dublin Theatre Festival, Druid Theatre Company’s DruidShakespeare and DruidMurphy, Private Gar in Philadelphia, Here I Come! at the Lyric Theatre, Belfast, directed by Andrew Flynn. He played the part of Traoloch in Paul Howard’s hit Ross O’Carroll-Kelly show Breaking Dad at the Gaiety Theatre for Landmark Productions and Liam Scuab in Sive at the Abbey Theatre, directed by Conall Morrison.

Gavin was nominated for an Irish Times Theatre Award for Best Supporting Actor for his portrayal of Des in A Whistle in the Dark.

Film credits include Luc Besson’s Valerian and the City of a Thousand Planets, Lenny Abrahamson’s What Richard Did for Element Pictures and opposite Iain Glenn in Jack Taylor: Priest for Magma films/TV3/RTL.