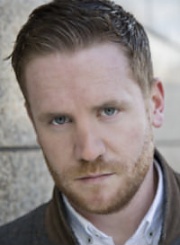 Ian was recently nominated for an Irish Times Theatre award for his performance in Druid Theatre’s Beacon at The Gate Theatre.

Ian can now be seen on screen in season 2 of Blood opposite Adrian Dunbar and Grainne Keenan on Virgin Media One. He was last seen on stage in Druid Theatre’s production of The Cherry Orchard at The Town Hall Theatre, Galway.