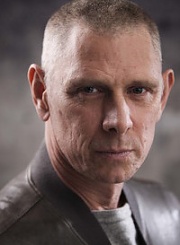 Jamie’s first film role was opposite Daniel Day Lewis in The Name of the Father, directed by Jim Sheridan. Since then he has performed in over forty movies and worked with many top directors including Terrence Malick (The New World), Brad Silberling (Lemony Snicket’s A Series of Unfortunate Events), and Christopher Nolan’s The Prestige. Other screen roles include Fast Food, Fast Women, nominated for the Palm d’Or at Cannes Film Festival in 2000, as well as The Next Big Thing and I Believe in America. He won Best Actor Award for Speed for Thespians at the New York Film Festival in 2002.

Other film work includes Terrence Malick’s Knight Of The Cups, Michel Gondry’s The Green Hornet, Rise of the Planet of the Apes and The Gambler both directed by Rupert Wyatt, Lost Transmissions, playing opposite Simon Pegg and Juno Temple, and Po-Chih Leong’s The Jade Pendant.

Theatre includes Dealer’s Choice at New York’s Manhattan Theatre Club, where he won a Drama League Award for his performance. Other theatre includes The New Group, Scott Elliot’s productions Some Voices and The Comedians; and The Wilma in Philadelphia where he was nominated for the Barrymore Award for his role in Rawboys. He garnered rave reviews for his performance opposite Amy Brenneman in The Temblors’ 2017 production of Rules of Seconds at the Los Angles Theatre Centre, directed by Jo Bonney.