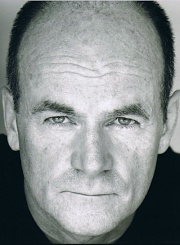 He can now be seen on screen in the latest series of The Walking Dead and The Crown, and in cinemas in Ad Astra, alongside Brad Pitt and Ruth Negga.

Other film credits include: Marc Webb’s Gifted opposite Chris Evans, Beyond Suspicion with Karl Urban and Sofia Vergara, The Hunted, Analyze That, Catch Me If You Can, True Crime, Turbulence, Blown Away, The Pelican Brief, and Glory.

John graduated from Eldred Central School, New York, in the year 1970 and joined the Navy for a few years, before entering the acting business.