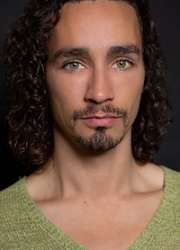 On stage he has appeared at the Old Vic Theatre in the title role in The Playboy of the Western World, directed by John Crowley, and as Richard III in The Wars of the Roses, directed by Trevor Nunn.